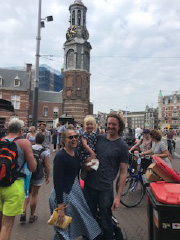 Results from clinical studies suggest that drug relapse and craving are often provoked by exposure to drug-associated contexts. Since 2002, this phenomenon has been modeled in laboratory animals using the ABA renewal model. In the classical version of this model, rats with a history of drug self-administration in one context (A) undergo extinction in a different context (B) and reinstate (or relapse to) drug seeking after exposure to the original drug-associated context (A). In a more recent version of the model introduced in 2013, the experimental conditions in context A are identical to those used in the classical model, but drug-reinforced responding in context B is suppressed by probabilistic punishment. The punishment-based ABA renewal model is proposed to resemble abstinence in humans, which is often initiated by the desire to avoid the negative consequences of drug use. The goal of our review is to discuss similarities and differences in mechanisms that play a role in suppression of drug seeking in context B and context-induced relapse to drug seeking in context A in the two models. We first describe psychological mechanisms that mediate extinction and punishment of drug-reinforced responding in context B. We then summarize recent findings on brain mechanisms of context-induced relapse of drug seeking after extinction, or punishment-imposed abstinence. These findings demonstrate both similarities and differences in brain mechanisms underlying relapse in the two variations of the ABA renewal model. We conclude by briefly discussing clinical implications of the preclinical studies.