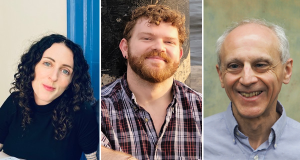 Kratom is a plant increasingly used in the US for the psychoactive properties of the more than four dozen alkaloids it contains. Their mechanisms of action are thought to be opioidergic, adenosinergic, serotoninergic, dopaminergic, and adrenergic. Whole-plant-derived kratom products, almost always taken orally, produce dose-dependent stimulatory and analgesic effects. We know of only one published laboratory study on kratom’s effects in humans; however, surveys have increasingly helped show a complex and changing landscape of kratom use. In this online, nationwide study, we asked 129 people with kratom use histories to report on the effects of their kratom products. Nearly 60% had used kratom at least 4 times per week, for an average of 62 weeks, and 42% considered themselves current, regular kratom users. Respondents were able to specify doses that were too high or low, and the perceived effectiveness of each. The window between doses perceived as beneficial versus unhelpful was sometimes narrow and specific to the dose unit (grams, fluid ounces). Almost 80% of respondents reported experiencing acute effects from each dose (and only 7% said they never did); acute effects typically had their onset in minutes and a duration of hours. Only six respondents (less than 5% of the sample) reported that they neither felt nor wanted acute effects (i.e., that they took kratom for what they felt were long-term benefits). Most respondents did not use kratom within their first waking hour, but over 50% said they would hate to give up their first dose of the day, compared to doses taken at other times. After initiation, use had not appreciably increased or decreased for most. Among those who felt acute effects with each dose: 54% reported that kratom’s effects were compatible with and helped them meet daily obligations; another 29% reported that kratom’s effects were compatible with (not necessarily helpful for) daily obligations; 4% reported that effects were incompatible with daily obligations; and 3% reported that effects sometimes undermined daily obligations. Having unwanted effects from at least one day of kratom cessation was associated with more weeks of regular kratom use, with a trend toward higher weekly dose amount. This study indicates that, for many, kratom was used in a manner that did not impair psychosocial functioning. However, prolonged, regular use at higher doses may lead to withdrawal symptoms if use is discontinued. Controlled human laboratory studies are needed to develop an understanding of kratom’s effects in humans.

Searching for a Signal: Self-Reported Kratom Dose-Effect Relationships Among a Sample of US Adults With Regular Kratom Use Histories Journal Article

There is limited understanding regarding kratom use among US adults. Although motivations for use are increasingly understood, typical kratom doses, threshold of (low and high) doses for perceived effectiveness, and effects produced during cessation are not well documented. We aimed to extend prior survey work by recruiting adults with current and past kratom exposure. Our goal was to better understand kratom dosing, changes in routines, and perception of effects, including time to onset, duration, and variability of beneficial and adverse outcomes from use and cessation. Among respondents who reported experiencing acute kratom effects, we also sought to determine if effects were perceived as helpful or unhelpful in meeting daily obligations. Finally, we attempted to detect any signal of a relationship between the amount of kratom consumed weekly and weeks of regular use with ratings of beneficial effects from use and ratings of adverse effects from cessation. We conducted an online survey between April-May 2021 by re-recruiting participants from a separate study who reported lifetime kratom use. A total of 129 evaluable surveys were collected. Most (59.7%) had used kratom >100 times and reported currently or having previously used kratom >4 times per week (62 weeks on average). Under half (41.9%) reported that they considered themselves to be a current "regular kratom user." A majority (79.8%) reported experiencing acute effects from their typical kratom dose and that onset of effects began in minutes but dissipated within hours. Over a quarter reported that they had increased their kratom dose since use initiation, whereas 18.6% had decreased. Greater severity of unwanted effects from ≥1 day of kratom cessation was predicted by more weeks of regular kratom use ( 6.74, = 0.02). Acute kratom effects were largely reported as compatible with, and sometimes helpful in, meeting daily obligations. In the absence of human laboratory studies, survey methods must be refined to more precisely assess dose-effect relationships. These can help inform the development of controlled observational and experimental studies needed to advance the public health understanding of kratom product use.

Home / News Main / Featured Paper of the Month / Searching for a Signal: Self-Reported Kratom Dose-Effect Relationships Among a Sample of US Adults With Regular Kratom Use Histories